MX64/65(W) and MX67/68(C/W) and Security Appliances, as well as Z3(C) Teleworker Gateways, support port-based access policies using 802.1X. This feature can be leveraged for deployments where extra authentication is desired for devices that are connecting to the MX.

In the case of a teleworker device, these policies can be used to require authentication of devices before they are allowed to connect to a trusted VLAN that can access the corporate site-to-site VPN.

Access policies can also be used to provide an additional layer of security in remote sites where there is no staff to prevent users or employees from attempting to connect additional devices to the MX or Z3.

There are several different types of access policies that can be configured on an MX Security Appliance. It is important to understand the differences between these policies for appropriate configuration.

An open-access policy does not require any authentication for a device connecting to the port.

The 802.1X option authenticates connecting devices against the configured RADIUS servers by requiring credentials from the device.

Note: Packet captures taken from the MX will NOT show the EAP conversation between the MX and client. It will only show the traffic to and from the RADIUS server.

Configuring a port for the MAC authentication bypass access policy authenticates devices against the configured RADIUS servers using the MAC address of the device connected to the port. This access policy does not challenge devices for credentials.

MAC authentication bypass is an ideal choice for ports that have connecting devices that do not support 802.1X-based authentication.

WARNING: Prior to MX 16 firmware, MX/Z-Series appliances do not support the service type "call-check" attribute when sending MAB requests to the RADIUS server. Some servers, such as ISE, expect this value for MAB authentication.

In order for this to work on earlier firmware releases, configuration changes need be made on the RADIUS server to ignore this limitation.

Begin by ensuring that VLANs are enabled in the Routing section of the Addressing & VLANs page. This will reveal the Per-port VLAN Settings options, where we will configure our access policies.

To configure an access policy for a particular port, click on the port in the Per-port VLAN Settings table. Access policies can also be configured for multiple ports by selecting the desired ports using the check boxes and clicking the Edit button. Note: All the LAN ports on a MX or Z-Series device will use the same RADIUS server, event if the Access policies are different per-LAN port.

The 802.1X configurations on all Security Appliances are designed for a single-host authentication. Connecting multiple devices on the same port is not recommended. 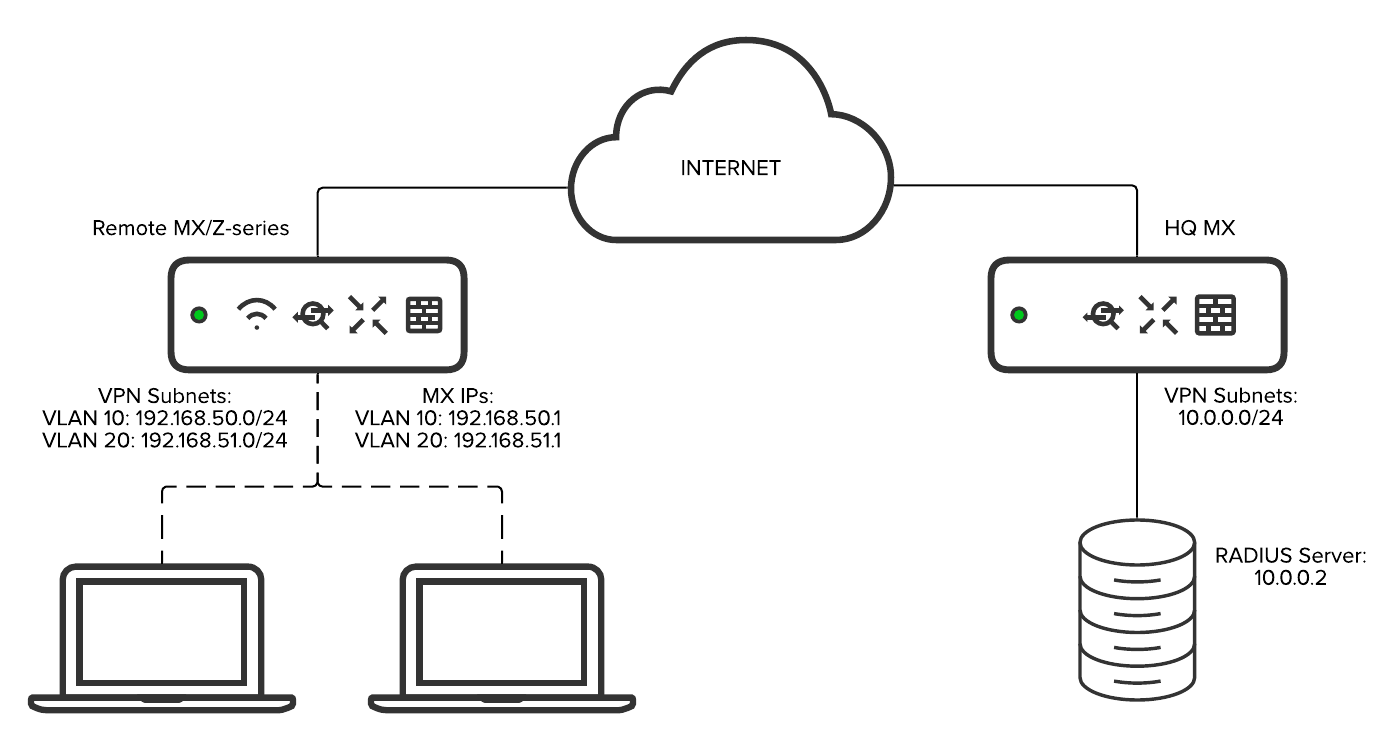