Configure at least two VLANs on the Security & SD-WAN/Teleworker gateway > Configure > Addressing & VLANs page under the Routing section after VLANs have been enabled.

Tag the SSIDs with the Appropriate VLAN 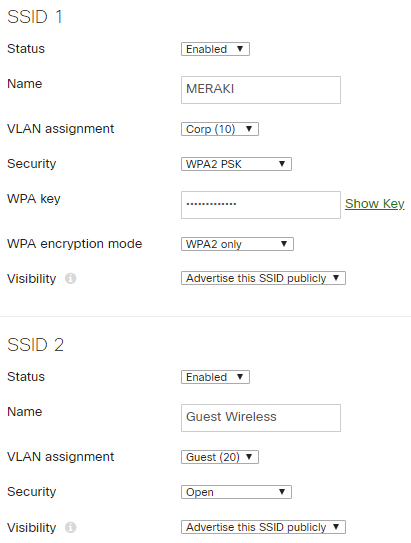 After all of this has been completed there will be at least two SSIDs, one of which grants access to the Internet alone while the other grants access to corporate servers and services. Complexity can be added to the firewall rules create exceptions for devices such as network printers or a DNS server.