Entering a Cisco Meraki order number into the Claim tool will simultaneously claim all devices and licensing that are included in that order.

This being said, if any number of devices from an order has been already claimed, it will not be possible to claim the remaining devices using the order number.

If you are unable to add a device(s) to your Dashboard Inventory using its Cisco Meraki order number, it will need to be added manually using the device serial number. The serial number can be found by checking the back of each device (Figure I). 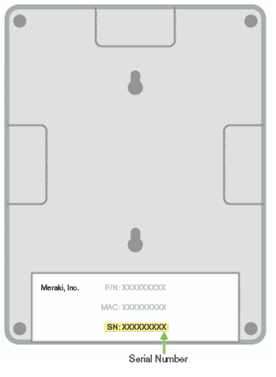 Each device also has a serial number bar code that can be used to claim the device using a bar code scanner.

As an alternative solution, organization administrators may remove the already-claimed device(s) from its/their respective environment and, after 5-60 minutes, try claiming the entire order again. However, if the license key has been claimed the order will no longer be claimable using the order number and must be claimed individually.