This Dashboard information is based on the most recent MS switch to see the source MAC address of the client ingress one of its ports.
A client device's last known port could change frequently, showing up on different MS uplink ports, if a device is not directly connected to an MS switch.

Lets suppose you have a network comprising of MS switches and non-Meraki switches in which frames sent from devices connected to your non-Meraki switch must ingress an MS switch to reach their destination, as per the diagram below. 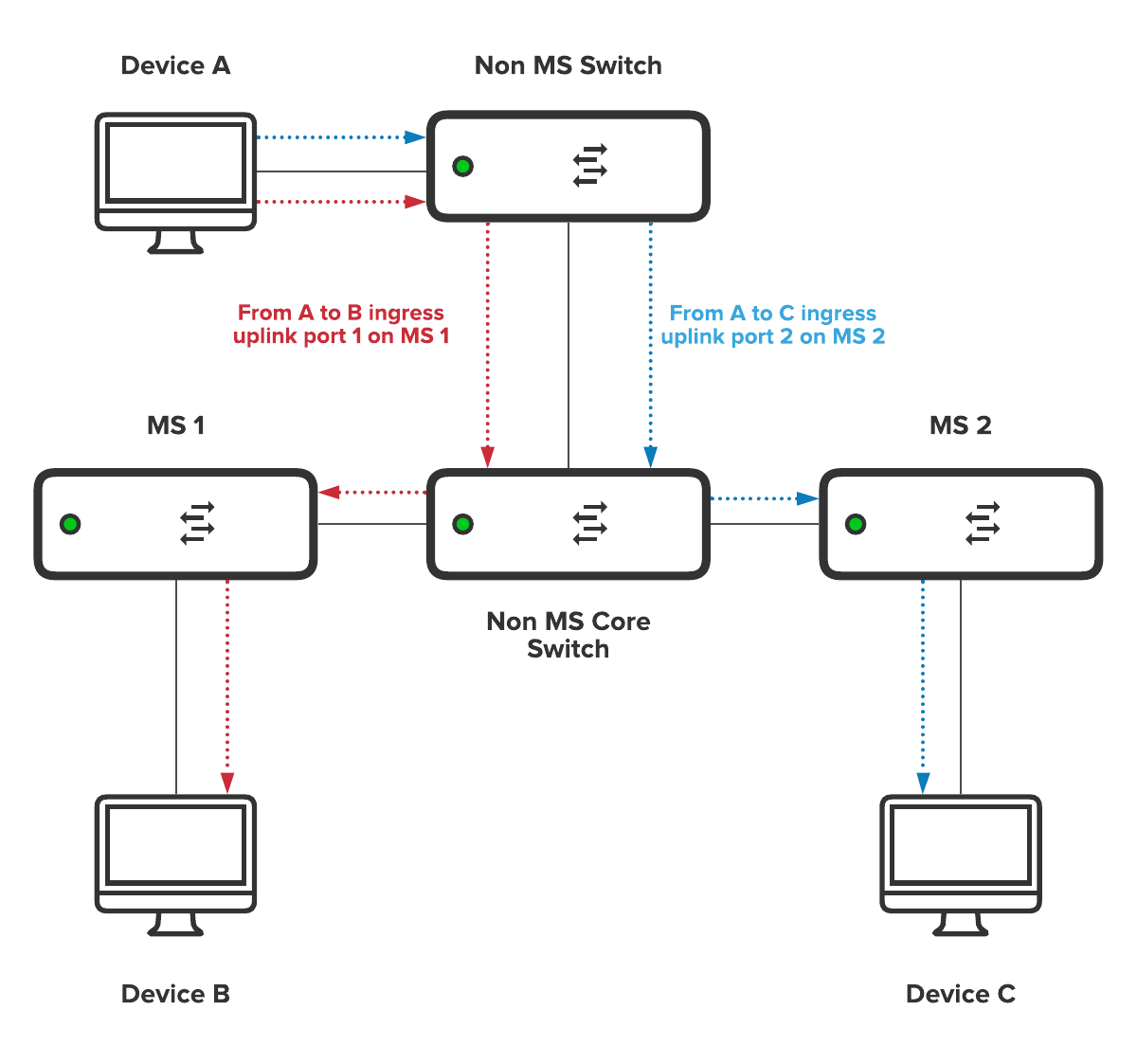 When a wireless device is roaming between APs connected to different MS switchports. The mobile client will always appear as Last seen on the most recent switchport to receive frames from the mobile client. 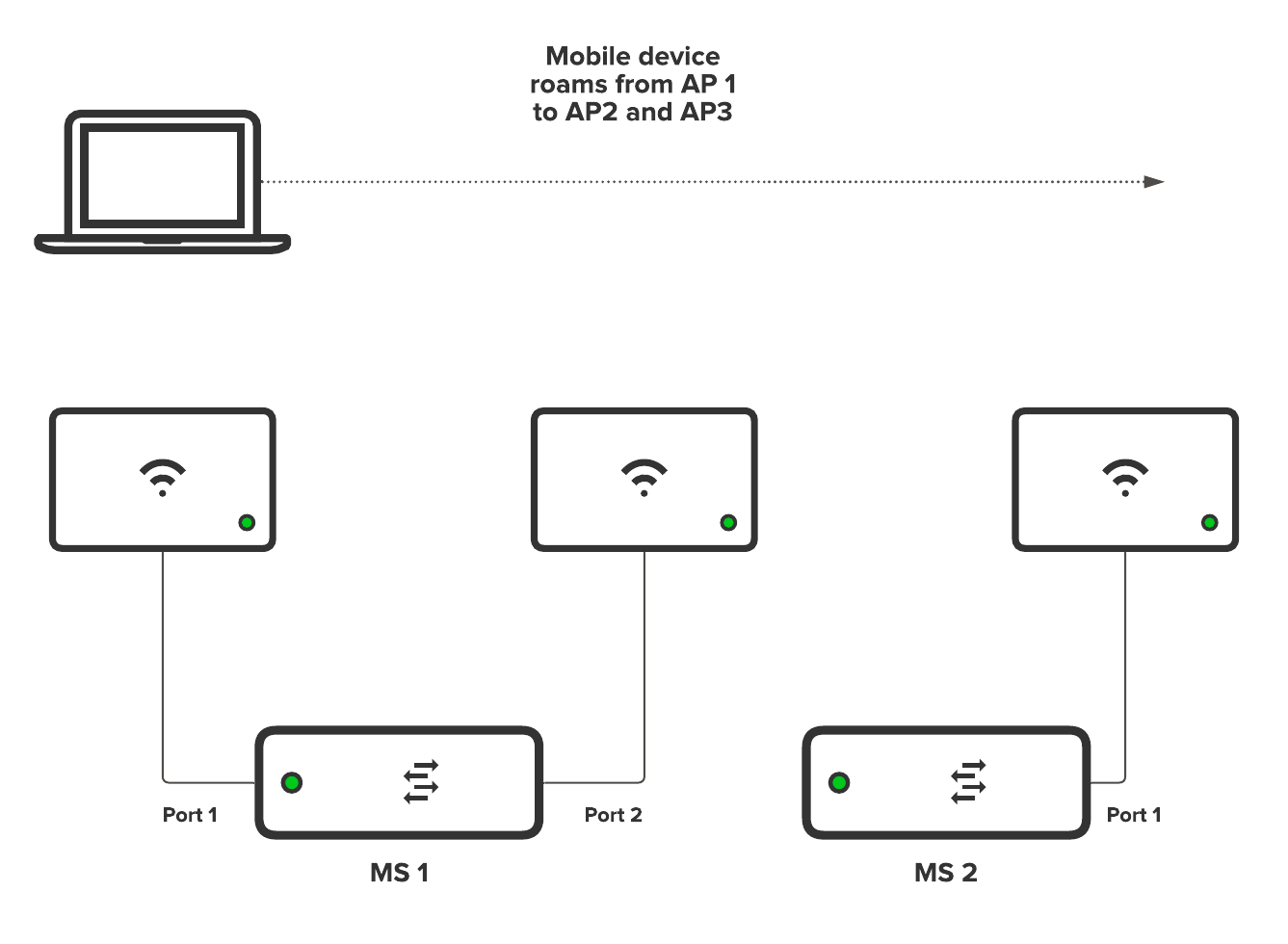