Cisco Meraki MS Series switches have the ability to allow for per-port cable testing. This can be an invaluable feature when trying to troubleshoot a problematic or faulty cable as well as determine the estimated cable length.

Make sure the cable is connected to devices at both ends, before running this test.

To perform a cable test using Dashboard, navigate to Monitor > Switches > choose a switch > Tools. Then, scroll to the "Cable Test" tool section. Next, enter the port or port range (ie. "1" or "1-24" without quotes) into the test window and click the Run cable test button. 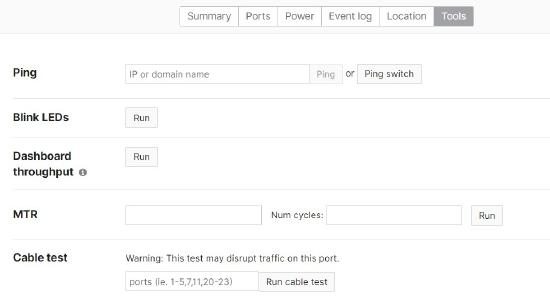 Once the Run cable test button is clicked, you can receive one of several test result outputs:

*Proper termination of Cat5/6 cable requires a 100Ω differential impedance between the positive and negative cable terminals. The IEEE 802.3 allows for a termination of as high as 115 Ω or as low as 85 Ω. If the termination falls outside of this range, it is reported by the cable diagnostics as an anomalous termination.

Example of a cable test output:

The cable test will also output which pair is open if you have an open pair on your Ethernet cable. The diagram below illustrates how the pairs are numbered in a T568B straight through cable RJ-45 pinout. 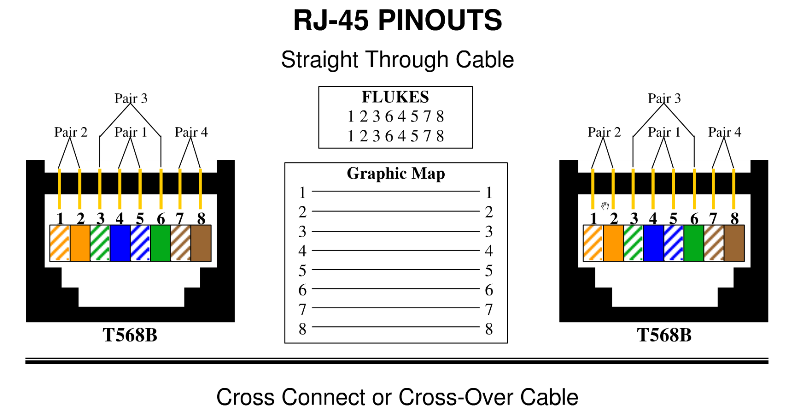 This cable test allows for the ability to eliminate common layer 1 cabling issue by outputting cable length and testing the status of each cable pair.