To see whether an app is considered managed, consult the "Managed?" column in the Apps section of a device's client details page. Learn more about updating managed apps. 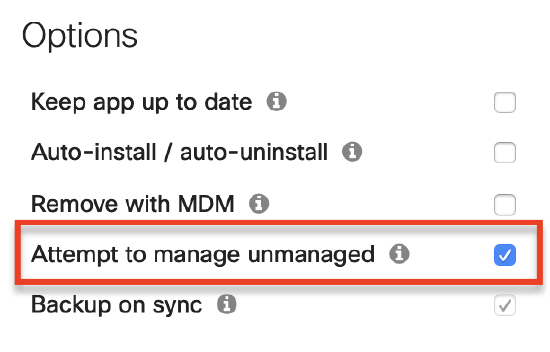 If the Meraki management profile is removed from a device in which deployed apps have the Remove with MDM box unchecked, then those apps will not be considered managed when the device is re-enrolled to your Systems Manager network.